Growing up in a small village in China, Annabel Liu saw how the Communist Party’s effort to promote gender equality dramatically improved women’s socioeconomic status. She remembers slogans like “Women hold up half the sky” as an illustration of how women should play an equal part in the economy and the society. Her family moved to the United States when she was fifteen, and she learned BASIC in high school. She immediately fell in love with programming. Now working at a stealth startup and previously as vice president of engineering at LinkedIn, Annabel calls herself a geek and still loves coding. Her ultimate career goal has always been to continue to push herself to be the best she can be. 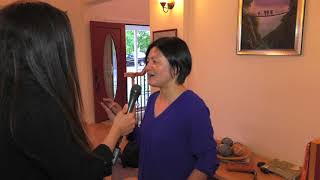