Telle Whitney’s strongest role models have always been women, starting in her youth with astronaut Sally Ride. By happenstance in college, she discovered her affinity for programming, which provided the direction that has guided her from then on. In her early career as a technologist, her mentors and sponsors tended to be men. After meeting fellow CS professional Anita Borg, her profession took an unexpected turn toward becoming a mentor herself, in a big way, to the many women in tech who have been touched by their creation of the Grace Hopper Celebration of Women in Computing and subsequently the Institute for Women in Technology. Telle’s success arose from her intensive pursuit, not just of science, but also of building the skills required to grow this nonprofit from a dream to a powerful and respected technology organization. 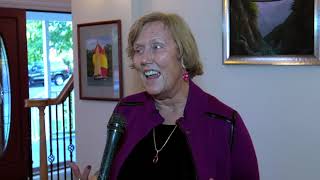